In collaboration with Scandinavian Outdoor.

Skiing in Lapland? Yes please! The best thing about hiking is that you can enjoy it as a beginner as well as an experienced explorer – even at the same time! But what should be taken into consideration when going outdoors with others? 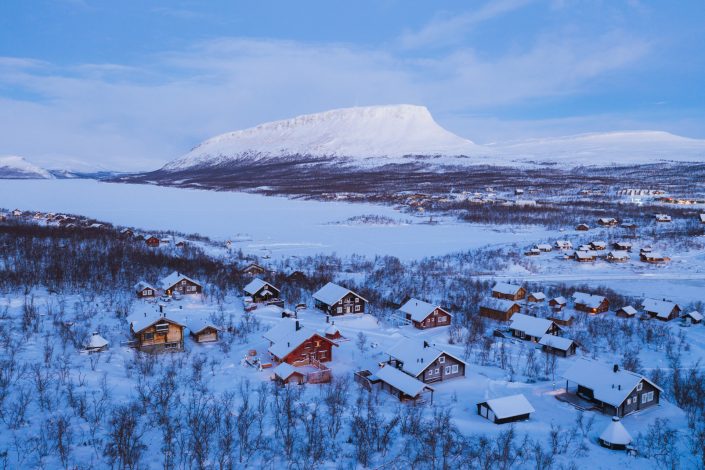 We joined the forces of seven people in Kilpisjärvi, aiming for a back-country ski trip to the North, towards Lake Saarijärvi. Along the way, we cross the border between Finland and Norway twice, follow old reindeer fences and cross some frozen lakes. This time, we also had beginners and champions in our group. I wrote the following thoughts about group dynamics on paper: 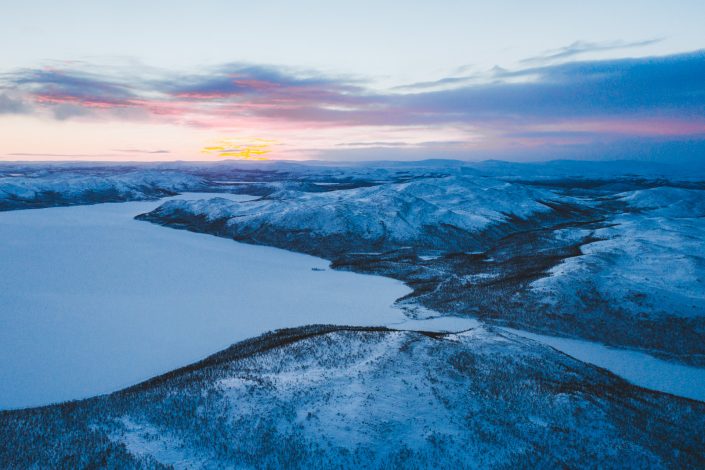 1. The slowest determines the pace. Otherwise the group will break down. Stories and lunches are always better together, and after all, it is important that everyone gets reaches the destination with a smile on their face.

2. It’s important to tell in time if something goes wrong. For example, if you get blisters. It is not worth thinking of being polite and leaving things untreated on time. Adversities happen all the time, and the faster things can be fixed, the better the journey continues.

3. Distribute the loads so that the strongest carry more. Also during the hike.

4. When you go to an unknown area, it would be good if more than one person could read the map. Just in case the only map reader makes a small or bigger mistake. It is also generally nice to understand and discuss where we are going and what’s coming up next.

5. Take enough breaks. Hiking is not a challenge to gain miles. Pauses keep the group together, allows you to adjust your backpack, drink and eat, and communicate feelings!

6. If someone is angry or grumpy, it is most likely due to fatigue, thirst or hunger. It is not a reason to provoke, but rather to look at what you can do about it. ? 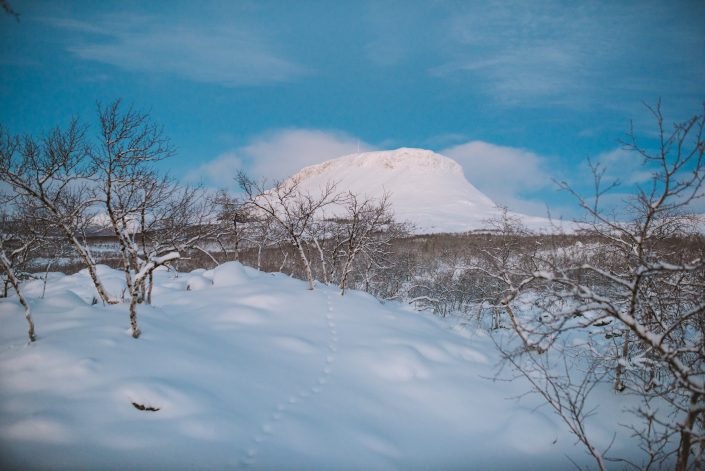 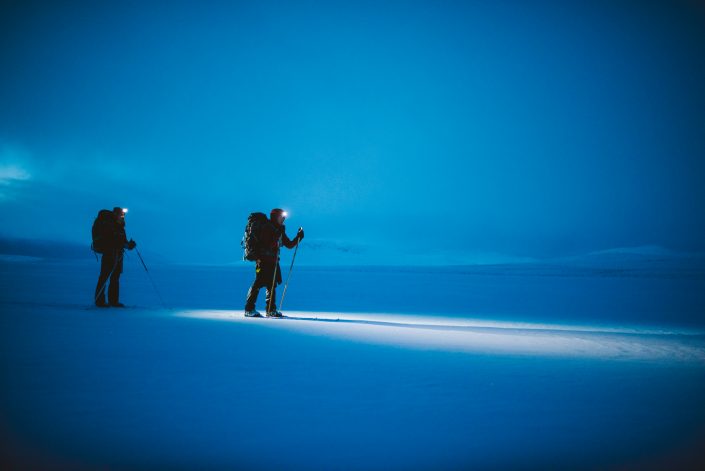 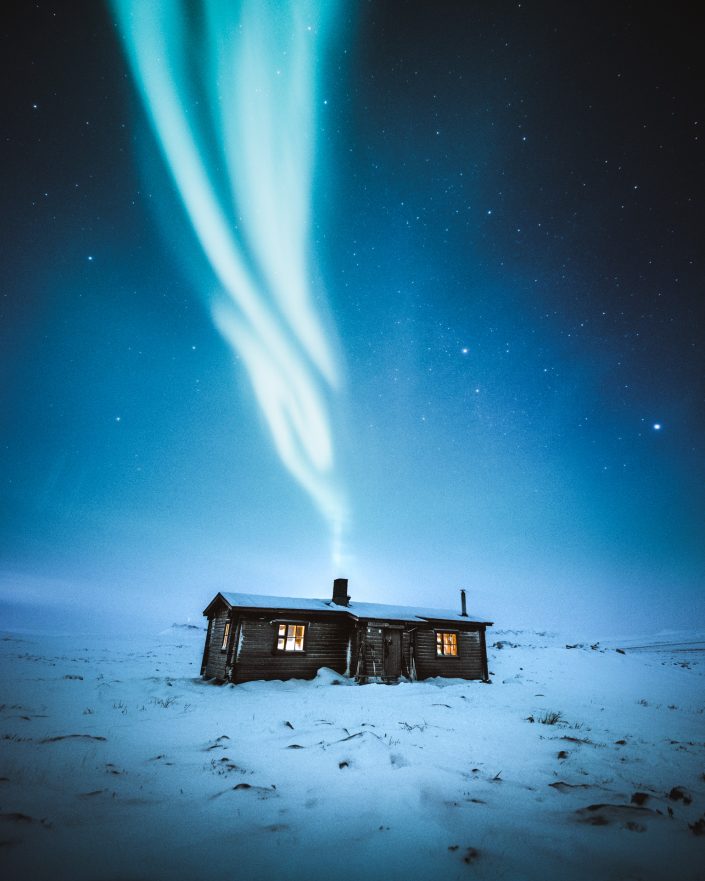 Making money in social media – Joonas Linkola, 27, collected 130,000 Instagram followers in a few years and now makes a living out of it.

When Joonas and Konsta Linkola were twenties, they sold their idea of ​​a marketing video to Järvenpää. Six years later, companies are hiring them to tell how they are making money in social media.

It is definitely an incredible feeling when your own photo starts to spread on the internet and is seen by tens of millions of people.

“It was probably at the end of 2016 when I published an image of a cabin, and in a few months it had an audience of millions,” Joonas Linkola, 27, recalls.

Linkola had been working in Lapland to make a party campaign for ski resort Pyhä when she published a home picture on Instagram. Soon the other users of the service shared the picture nearly 200 times.

“I was like whoah. A couple of times I managed to make a similar viral phenomenon. It is, however, quite difficult to promise the customer that I will make you a viral thing like this. ”

Brother Konsta Linkola, 25, nods next to him. Brothers know how difficult social media is to gain visibility. On the other hand, they also know how to make money with visibility and interesting content.

Linkolas has a joint company, through which they offer companies, for example,  consultancy, content production and campaigns for social media.

“I estimate that almost 100% of my income has come from social media the last few years,” he says. However, this will change in the future as Linkola has just started a job as a marketing manager in a Helsinki based analytics company.

“One post in your own channel can cost you about a thousand euros, but the prices in the projects are vary a lot.”

For example, if the client wants to have photo licenses, consultancy, a channel takeover or a video, you may want to add extra.

For Konsta Linkola, some bring about half of the revenue and half come from photography. In addition to his work, he studies entrepreneurship and team leadership at Tampere University of Applied Sciences.

Magical moments live long. Pictures, stories, memories. This year has been wonderful, thank you all! We are here together, so let's make 2017 worth every second. ? #newyear

Both Instagram pages glow with pictures of Finnish nature. Like that one viral cabin photo, the publications are like from a travel magazine that promotes Finland. Of course it is no coincidence.

“According to Lonely Planet’s list in 2016 Finland is one of the world’s top three most interesting travel destinations. I felt that at some level I have been involved in this,” says Joonas Linkola.

“When thinking about how much I have been doing Instagram posts, and how much they are distributed around the world and published in major media.”

Brother Konsta nods again. Last year’s acknowledgments in the world’s media have been thanks to the active Finnish communicators, he says.

“Yep, maybe a few hundred really. Some politicians or advertising campaigns cannot be praised for such recognition, ”Joonas Linkola continues.

“This has been a success story for hobbyists and semi-professionals.”

The story of LINKOLA’s brothers started from Järvenpää. Joonas, Konsta and sister Inari lived with their parents in an old log cabin in Ristinummi, just off the southern border of Järvenpää near Tuusula.

Both thought the childhood was idyllic and Ristinummi was like a birds nest. The brothers wandered through the field to Tuomala village school in Tuusula, attended the Scouts and Suzuki music school.

“I remember when the headmaster gave a speech at the sixth grade Spring Festival. I would have received a fair student prize, but I refused to use the bike helmet and did not get the prize, ”Konsta Linkola remembers and both laugh.

“We have been brave and active. We’ve dared to be like that later. ”

The parents of Linkolas taught their children that it is not a bad thing if they try something new and fail. At the younger age, the father himself worked as an entrepreneur and encouraged his children to try the same.

When the brothers were twenty, Konsta became interested in photography and Joonas made videos.

Six years ago, they marched to Järvenpää City Hall to present their idea of ​​a marketing video. The city grabbed the idea, and Järvenpää became the first customer of Linkolas.

“I looked at that video a year ago. Yes it was a nostalgic feeling. That time we were thrilled when people skid past the camera and we added a little slow motion, ”Joonas Linkola says.

“I never look at my old publications with the eye that I was bad, but instead a little childish. Like being glad that the sun is shining from a certain angle. ”

Konsta Linkola agrees. For example, he has never removed his old pictures from Instagram.

“There’s nothing outrageous about them. Outsiders can see something else in them, but I see in them that the lad has tried and tried it, that it has been fun all the time, ”he says.

People who always wake before me for the sunrise: @joonaslinkola & @dansmoe I usually come second cause I’m weak and enjoy my sleep in the warm sleeping bag so it’s ok I guess. Looking forward to the dark winter nights when we set the alarm at 2am to watch the northern lights!

Linkolas continues to cooperate sometimes. Next, they want to do something socially impressive.
“We are negotiating two weeks of cooperation with Helsinki advertising screens. Could do some charity this time. “Linkola Brothers goes to the forest,” buy the forest and protect it, something like that, “Joonas Linkola says. “That’s what I thought. Maybe Konsta first makes her own proposal and then makes a compromise. ”

Konsta Linkola is also interested in environmental protection. “It could be important in these times”.

It would also honor the Natural Heritage Foundation, which was started by our relative Pentti Linkola, Joonas continues.

“I’ve spent with him some time in the past few years. Not everyone knows him anymore, rarely does it even come up in discussions. I don’t know if the kinship has an impact on us, but he is still a pretty tough guy.”